So this is how it started…

That’s a screenshot of my buddy Oscar’s chat with me on Feb 22nd.  We joked later on the trip about how I responded within the minute.  It should have been in all caps.  “YES. I. DO.”  This trip was exactly what I was looking for and needed…at exactly the right time.  As Jules would say, “This was divine intervention!”. 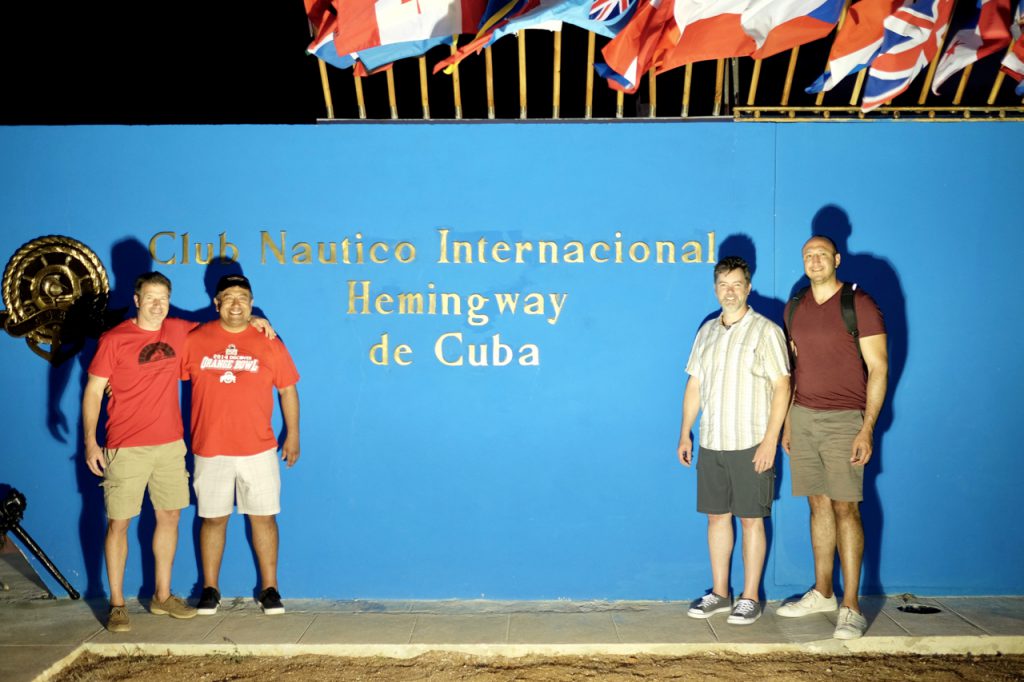 But let’s back up a little first…

I have been boating since I was around 8 or 9 years old.  Growing up in Maryland (DC suburbs) my Dad had a number of small cabin/cuddy cruisers that we would take out on the Chesapeake and, on occasion, over to Ocean City, MD.  My oldest brother attended the Naval Academy in Annapolis, as well.  So I spent a fair amount of time on The Bay growing up.  At the time in the early 80’s, the Striper were all but gone, but we would get into some nice Bluefish runs, trolling with fluorescent surgical tube lures and big spoons.  Good times.   And some of my very best memories are of sitting on a dock with a net and a chicken neck on a string, coaxing stubborn blue crabs to the surface.

While I enjoyed power boating, for some reason I always wanted to sail.  There was just something about it that was alluring to me..something I couldn’t really understand at the time, but the longing was always there.  Wind is a powerful force, even in small quantities; and sailing, harnessing that power to silently propel oneself (and a craft, large or small) across the water, is absolutely magical. Many years later (much of which as an airplane pilot) it’s finally starting to make sense to me.

Fast forward a few years (1990-ish) and I am working my first job out of college, as an IT engineer for a small technology firm out of Rockville, MD.  As it happens, my first boss (Jack, who would become one of my most important mentors and closest friends) also had a great desire to sail, and another partner in the firm (Jim, a former Naval Officer and Academy graduate) happened to have a house on Spa Creek, right in Annapolis…with a Morgan 40-something docked out front.  And a Laser. How fortunate.

So Jack and I would go out to Annapolis, polish the teak on the Morgan, get to sail the Laser around Spa Creek (turtling it more than once) and, if we were lucky, go out on the Morgan with Jim.

Jack and I dreamed of sailing more, initially co-conspiring to purchase a two-man planing dinghy…I think we had our sights on an International 420…but life took it’s course and we never had a chance to follow through on that.

Fast forward another few years and I have decided to take on another air/wind-oriented sport, skydiving, and become an instructor (and skysurfer, freeflyer, and tandem master)…and later, as a result, gone on to earn my pilot’s license and embarked on a 20+ year love of flying.

The last couple years I’ve taken a break from flying and revisited my previous love of sailing.  I joined the Lanier Sailing Academy Club on Lake Lanier (after taking my ASA101), did a family crewed BVI charter with Mic and the kids (best vacation EVER.  Blog post to follow.), and have taken in every tiny bit of sailing information I can get my eyes and ears on.  I’ve just about worn out my copy of The Annapolis Book of Seamanship, gone through all the ASA101/103/104 textbooks (great books) about 12 times, and watched about every Youtube sailing video put out in the last 3 years (and there are a LOT.  Ask Mic.)

So between the stresses of work and just needing a break/adventure and wanting that next step in sailing challenge/experience, this trip just couldn’t have come at a better time…or with a better crew to go along with.

Check the follow on posts for details on the trip!

Hey world... Psst. Your HUMANITY is showing. Just a heads up. Might wanna... You know... I’m sure ‘The Powers That Be’ would appreciate it if you’d cover that up. #COVID19 #socialdistancing

@altonbrown loving (and laughing hysterically at) your live stream but I can’t help but wonder why you are dressed like a combat photojournalist covering the Syrian war. Either way, love it. Keep it up. Keep it real.

And now the only thing @ColinJost is afraid of is...Scarlett Johansson. Welcome the club my friend/acquaintance/someone I know/have seen on tv. #snl https://t.co/4F8drqL4Cb

My 15 year-old daughter just said that watching @florencemachine was like ‘a moth looking at the moon’ after seeing her for her first real ‘no parents/adults’ concert. No argument there, Norah. @AmerisBankAmp

1
I’ll never be able to watch that show again. Way to ruin everything, #Science #ididthatwithmyvcr25yearsago https://t.co/gaMfkuyJwT